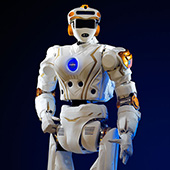 Upgraded NASA Valkyrie R5 robots were given to three universities. They will be used for a scientific research and may be used in conditions in which humans cannot survive. Will they be used in space missions like NASA's journey to Mars?

Kontext article
NASA has upgraded its Valkyrie robot that is also known as R5. These new version has been sent to three universities that will carry out an additional research and seek for various tasks in which they can be used. These lucky universities are University of Edinburgh, Massachusetts Institute of Technology (MIT) in Cambridge and Northeastern University in Boston. 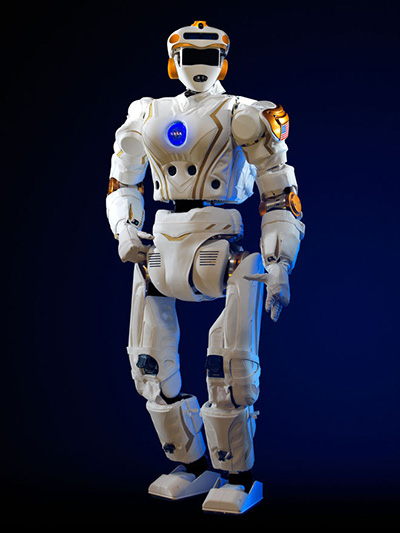 Older version of NASA Valkyrie R5 robot, source: nasa.gov
The new version has new Multisense SL and LIDAR cameras, on the other hand, the cameras from its legs have been removed. The pelvis supports a broader range of motion and legs where modified in order to improve cooling when walking more dynamically. Right and left hands are the same, so they can be replaced easily when damaged regardless of the side where they will be used. The robot is highly modular and each part should be easily maintained and replaced if necessary. Valkyrie R5 is 175 cm (5' 9") tall and weighs 125 kilograms (275 pounds). All universities will receive $250,000 a year for two years from NASA as a support.
These robots will be used in environments when the humans cannot easily survive. Valkyries robots can be useful after various disasters, in threatening biological and chemical environments or space missions for example. NASA plans to use these robots during the journey to Mars planet. The robots can build the space bases, so everything can be prepared when humans arrive. It is not clear when such a preparation for Mars landing will happen. Universities should improve robot's capabilities that will be used in space as well as develop ability to interact with humans in the Earth environment.
Source: techtimes.com, ieee.org, dailymail.co.uk
On the same topic