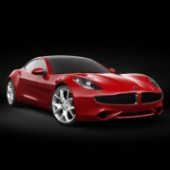 Hybrid sports car Fisker Karma is back but it has changed its name and some other properties. Now, it is called Karma Revero. It has slightly larger battery, there are minor changes in design and it can reach 60 mph in 5.4 seconds only.
9/13/16, Milan Šurkala 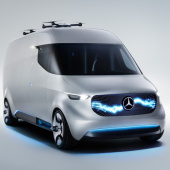 The car maker Mercedes-Benz has just presented a concept of the future van transportation. The Vision Van has an electric engine, it is controlled with a joystick and there are two autonomous drones to deliver a cargo.
9/9/16, Milan Šurkala

Autonomous transportation technology is not coming only for truck delivery, buses and taxis but the Case IH company also wants to change the farming vehicles. It has presented a new concept tractor.
9/2/16, Milan Šurkala 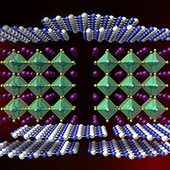 Researchers are trying to develop better batteries that can safely store higher amount of energy. Scientists at Penn State University developed special 3D nano-composites that are able to do that and to withstand higher temperatures.
8/31/16, Milan Šurkala 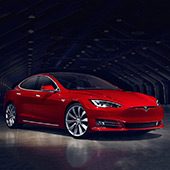 The new Tesla Model S P100D is the fastest accelerating production car in the world that can be bought today. Acceleration 0-60 mph is the task that will take 2.5 seconds only in Ludicrous mode.
8/24/16, Milan Šurkala

Large fleet of autonomous cars is coming to Pittsburgh. By the end of this year, driverless taxis developed in cooperation of Uber and Volvo companies will start to drive passengers through the city.
8/23/16, Milan Šurkala 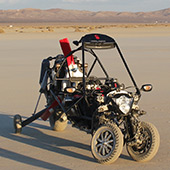 A flying car is a dream of humans for a long time. California engineer Dezso Molnar is trying this dream to come true. The first part of a new prototype with motorcycle engine was tested in Mojave desert.
8/1/16, Milan Šurkala 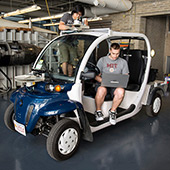 Ford Motor Company and the Massachusetts Institute of Technology have created three autonomous electric shuttles which are going to be tested in MIT's campus. They will use LIDAR and cameras to navigate among pedestrians.
7/29/16, Milan Šurkala

Transportation of the near future will use electricity for propulsion systems. Therefore, Daimler has presented a new 26-tonne Mercedes-Bent Urban eTruck with modular battery concept and 250 kW of engine power.
7/28/16, Milan Šurkala

Lithium-oxygen batteries seem to be an interesting replacement of Li-Ion batteries but they have many drawbacks too. Now, a huge improvement was presented. We can expect much better stability and other properties.
7/26/16, Milan Šurkala 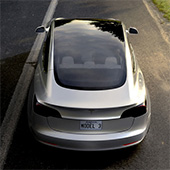 10 years ago, Elon Musk revealed Master Plan that involved three electric cars and solar power. Now, the second plan was made public. Musk plans to create electric trucks, public transport system, car sharing but that is not all.
7/22/16, Milan Šurkala 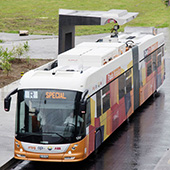 Geneva public transportation is going to use flash charging electric buses. The ABB company will provide fleet of TOSA e-buses that are going to be charged in 15-20 seconds at special bus stops.
7/19/16, Milan Šurkala 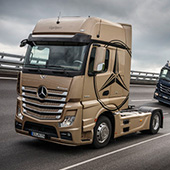 Daimler company is going to use 3D print technology to produce plastic spare parts for Mercedes trucks. It would be very easy to create a new part anywhere in the world even for trucks that are not produced for a long time.
7/14/16, Milan Šurkala 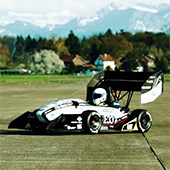 The world acceleration record from 0 to 100 km/h was broken by Grimsel electric formula in less than 1.6 seconds. Its acceleration is even better than the acceleration of the cars with combustion engines.
6/24/16, Milan Šurkala 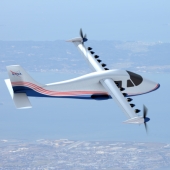 Electric engines are not spreading only in hybrid and electric cars, they are finding their way into aircrafts too. NASA has developed the X-57 Maxwell aircraft that uses 14 electric engines and batteries storing the power for them.
6/20/16, Milan Šurkala 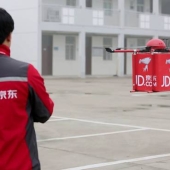 Delivery drones are the future of e-shops. Chinese retailer JD.com is already testing them in rural areas of China where are huge problems to get packages into desired destinations through winding roads.
6/10/16, Milan Šurkala 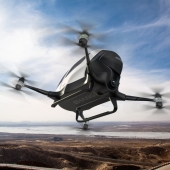 Drone taxi to be tested in Nevada

Ehang 184 drone is a new type of drone that is able to carry passengers but it still flies without any human pilot. Such a vehicle can work as a drone taxi and the company is going to start the tests in Nevada.
6/9/16, Milan Šurkala 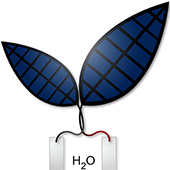 Harvard researchers have improved the artificial photosynthesis that is able to create oxygen and substances needed for production of liquid fuels. Are we going to create artificial gasoline using Bionic Leaf 2.0?
6/7/16, Milan Šurkala 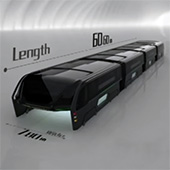 China is fighting with smog and transportation issues with a project of the straddling bus. It will be raised to the height of 2.1 metres and the cars can drive under. The first straddling bus will be tested very soon in the real city world.
6/1/16, Milan Šurkala 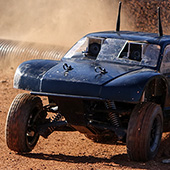 Autonomous car are taught how to drive in real world conditions but some cars are also able to teach themselves and learn how to drive. Researchers at Georgia Tech have created the car that is autonomously learning how to race and drive extremely fast.
5/27/16, Milan Šurkala 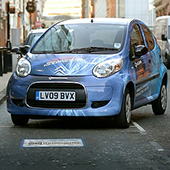 Plug-in hybrids and electric vehicles are slowly gaining popularity and the problem of comfortable charging is getting more serious. SAE organization has just approved new WPT standards for wireless charging of these vehicles. No plugs will be necessary.
5/24/16, Milan Šurkala 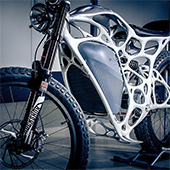 Air transportation starts to be slow now. We need to travel even faster. Therefore, NASA, Australia and Air Force are developing hypersonic planes. They were able to successfully test the hypersonic rocket that achieved 7.5 times the speed of sound.
5/20/16, Milan Šurkala 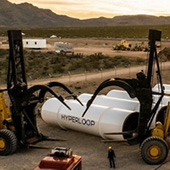 Hyperloop One has been successfully tested in Nevada desert. This new type of transportation was able to hit 400 MPH on a testing track. For now, it was only open-air test focused on the propulsion system of the vehicle.
5/13/16, Milan Šurkala 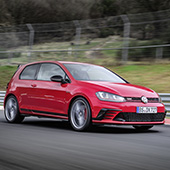 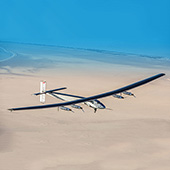 Experimental solar plane Solar Impulse 2 continues its journey around the world. After almost 10-months break because of damaged batteries, everything is repaired and Bertrand Piccard managed to fly from Hawaii to Mountain View in California in 3 days.
5/3/16, Milan Šurkala 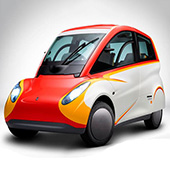 Shell company is well known for fuel and other liquid for cars, but it has also developed a concept of a small city car called Project M. This three seater vehicle may achieve 107mpg consumption at 45 mph.
5/2/16, Milan Šurkala 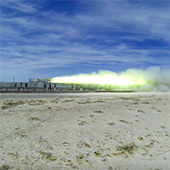 Maglev technology is the transportation of the future. U.S. Air Force tested its special maglev sled and has broken the speed record at 633 mph. That is about 120 mph faster than the previous one.
4/29/16, Milan Šurkala 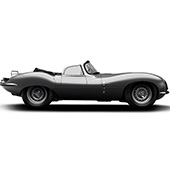 Jaguar company is going to build 9 extraordinary XKSS supercars that will be manufactured according to the 1957 specifications. They will replace nine cars that were damaged by Browns Lane fire and were never finished.
4/20/16, Milan Šurkala 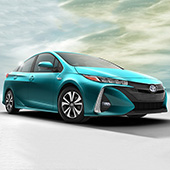 Toyota is well known for its popular hybrids. The new generation of plug-in hybrid version of Prius was revealed as Prius Prime. It promises 120 MPGe consumption and the electric range was doubled to 22 miles (35 km).
4/19/16, Milan Šurkala
SQUARE middle OS
advertisement