Air transportation starts to be slow now. We need to travel even faster. Therefore, NASA, Australia and Air Force are developing hypersonic planes. They were able to successfully test the hypersonic rocket that achieved 7.5 times the speed of sound.

Kontext article
The world is faster and faster. We need quicker communication and transportation. Therefore, the air transportation starts to be slow for today's demand. Concorde aircraft is a history for a long time now and there are no really fast aircrafts. NASA, Australia’s Department of Defence, and Air Force Research Laboratory are jointly developing hypersonic technology HiFiRE (Hypersonic International Flight Research Experimentation Program). Hypersonic speed has to be at least five time faster than the speed of sound. 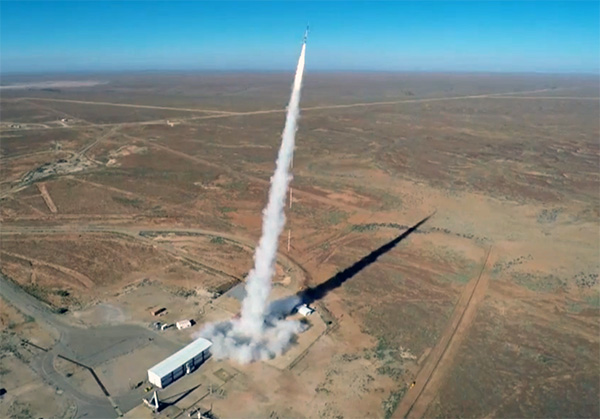 source: video.defence.gov.au
It can be useful not only for ordinary transportation but especially in a warfare. Such a fast plane would be almost impossible to hit. Hypersonic planes can also replace rockets in delivering satellites into the space.
These agencies carried out a test of HiFiRE technology this week. For this test, ordinary aircraft was not used. It is better to use rocket in these stages of development. The rocket achieved the height of 172 miles (277 km) and the maximum speed reached 7.5 times the speed of sound (Mach 7). That is approximately 9200 km/h (5700 MPH). With such a fast aircraft, you can travel from London to New York in approximately 35-40 minutes, the journey from London to Sydney would take about 2 hours.
Scramjet engines that are used in hypersonic technology are supersonic combustion engines that use the compressed oxygen from atmosphere as same as in ramjet engines. In comparison with ordinary ramjet engines, the scramjet ones are able to work with the air flowing in supersonic speed (usually, supersonic ramjets slow down the air to subsonic speeds, hypersonic scramjet slow down the air to supersonic speeds).
Source: popsci.com, sciencealert.com, defence.gov.au
On the same topic