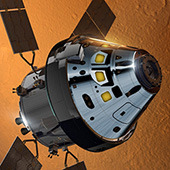 Lockheed Martin company wants to support NASA's mission for visiting the Mars planet. The plan is to send unmanned aircraft in the near future and the humans should see the planet from Mars Base Camp in 2028.

Kontext article
NASA wants to send humans to Mars in the following decade and the Lockheed Martin company wants to participate. Its vision is to create the Mars Base Camp by 2028 where the astronauts will be able to closely observe the Mars. They can perform exploration, analysis of soil samples and so on. This science laboratory on Mars orbit with six astronauts will also search for the ideal place for human landing. Human landing mission should happen in 2030s or 2040s. 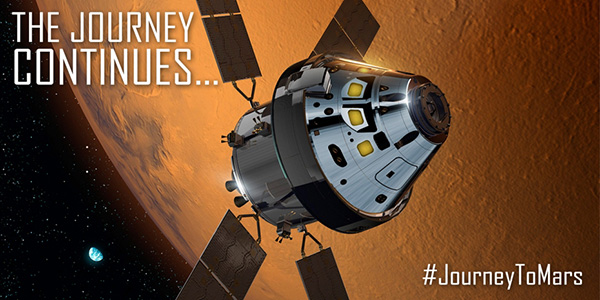 First of all, Lockheed Martin wants to finish the development of the Orion deep space module with life support, communication and navigation systems. First unmanned flight of Orion would happen in 2018. Its goal is the Moon orbit. First flights with humans beyond the Moon level should be carried out in 2023. On the other hand, Lockheed Martin is still not authorized to perform this task for NASA and they want to convince NASA to use (or utilize) their design in the Mars missions. As the Lockheed Martin representatives said, they want to utilize mainly the technologies that are already used, so the costs should not be very high. Of course, they need to be modified (in order to lower the radiation levels for example).
Source: lockheedmartin.com, scienceworldreport.com
On the same topic