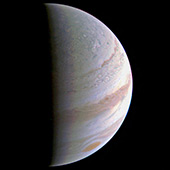 8/29/16, Milan Šurkala
In the beginning of July, NASA's Juno spacecraft reached the Jupiter's orbit and it finished its first close flyby on this Saturday. The probe was only 2600 miles (4200 km) above Jupiter planet.
K oblíbenýmShare
advertisement
On July 4, 2016, the Juno spacecraft reach the Jupiter planet after 5-year flight. After that, it reached its orbit and changed its position in order to be able to use its scientific instruments and to study the planet properly. On August 27, 2016 at 6:44 AM, it was closest to the planet and finished the first close flyby. There are going to be 36 orbital flybys total during this space mission that should end in February 2018. 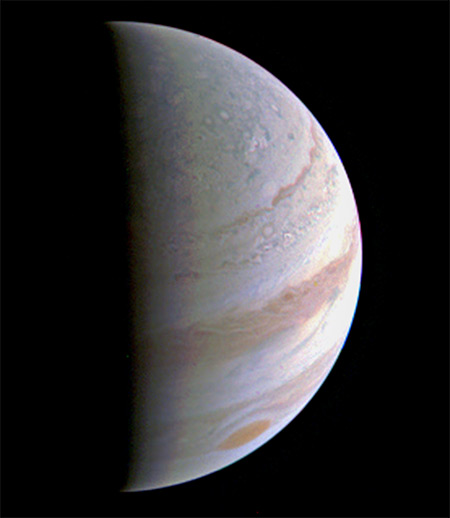 Juno was only 2600 miles (4200 km) far from the planet and was travelling at speed of 130,000 MPH (208,000 km/h). Everything  worked as planned and NASA is retrieving the first data. First interesting images taken with JunoCam are expected to be downloaded during next weeks. There should be images of the atmosphere and also photos of both planet's poles are expected.
Source: nasa.gov
On the same topic