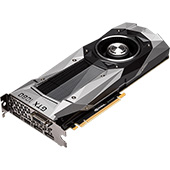 A new GPU architecture NVIDIA Pascal is finally here. Because of using a new 16nm FinFET manufacturing process, GeForce GTX 1080 and GTX 1070 is three times more efficient than GeForce GTX Titan X and it is better in virtual reality applications.

Kontext article
NVIDIA unveiled the new GPU architecture Pascal that should replace the old Maxwell. The main advantage of the new architecture is much higher efficiency. NVIDIA says that Pascal is three times more efficient than Maxwell. Even though the new GeForce GTX 1080 has 7.2 billions transistors, its thermal design power is 180 W only. This could be achieved thanks to the new 16mm FinFET manufacturing technology. 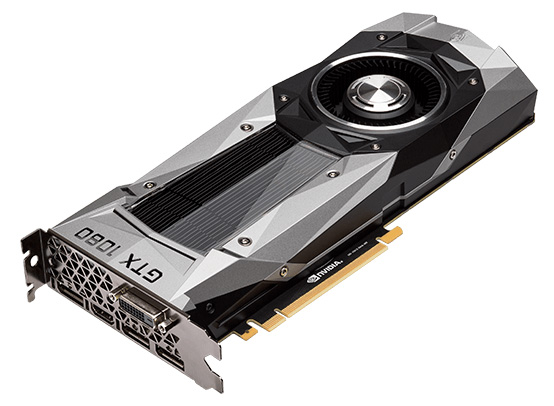 High-end version GeForce GTX 1080 has a 8 GB of GDDR5X memory with a 10GHz effective frequency. Therefore, it provides 320GB/s bandwidth through 256-bit memory interface. The GPU has 2560 CUDA cores with 1607MHz frequency, but It can be boosted to 1733 MHz. We can expect a performance of 9 TFLOPS. 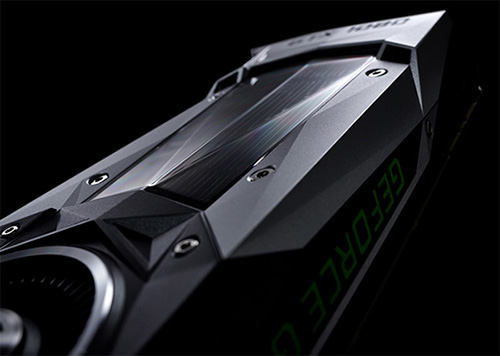 The potential of these cards is much higher. The GeForce GTX 1080 that was presented by NVIDIA at conference, was able to run with 2144MHz frequency and the temperature peaked at 67 °C only (the maximal supported temperature is 94 °C). Even the memory was overclocked to 11 GHz. NVIDIA will also sell a cheaper version called GeForce GTX 1070 with 6.5 TFLOPS performance and 8 GB of GDDR5 memory.
New GPUs are optimized for virtual reality and GTX 1080 should be twice as powerful in VR than GeForce GTX Titan X. VRWorks and VRWorks Audio technologies are supported (ray-tracing for sound). There is even PhysX for VR technology. GTX 1080 and GTX 1070 support NVIDIA SLI, G-Sync, Ansel, GameStream, Vulkan, DirectX 12, OpenGL 4.5, GPU Boost 3.0 and others. Ansel technology will allow you to create beautiful game screenshots with resolution up to 8 gigapixels (yes, gigapixels) and you will have totally free camera view, colour filters, etc.  Therefore, it will be much easier to create game photos, the new type of photography art.