SeaDrone underwater robot not only for fishermen 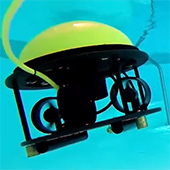 Drones are very popular now but they do not have to fly only. There is a new emerging market for underwater drones. One of them is called SeaDrone that can be useful for underwater inspections or scientific research.

Kontext article
Drone can usually be used in the air but there is a new class of drones that are able to move in a different classic element, water (we have already discussed CRACUNS underwater drone in the past). The new underwater drone that is called SeaDrone is a work of two Stanford grads Eduardo Moreno and Shuyun Chung. Moreno was working on an underwater robot when one of his colleague brought a DJI drone to the lab and he got an idea of an underwater drone. He developed a design, drew a sketch and showed it to Chung who was his neighbour in the lab. After that, they started to develop the new drone together. 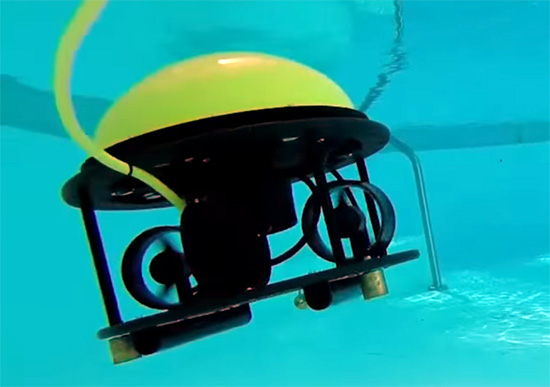 The drone is very light, easy to configure for various tasks. Although they have thought about government and police usage, it is quite hard to be successful in these areas. Therefore, they have change the target market for the new drone. It is aimed for fishermen for inspecting nets or anchors, it can be used for underwater observation and scientific research.  Especially aquaculture seems to be very promising as there are almost no alternatives to the new SeaDrone. 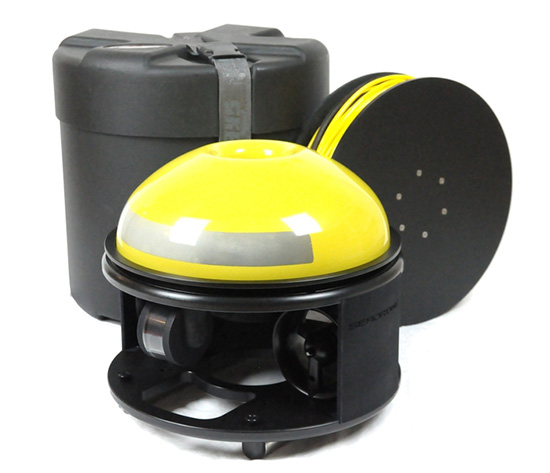 First tests were successful and proved the drone to be relatively stable and easy to control. The drone is able to send a video stream to a smartphone or different mobile devices, you can also control it using these devices. There are three different versions of SeaDrone. The first one is SeaDrone Explorer for $2,229. It has only 3 thrusters without a possibility of lateral motion. Maximal forward speed is 1.5 m/s and it is able to dive at 0.5 m/s.

SeaDrone Inspector costs $3,299 and has five thrusters. The maximal speeds are the same but it is also able to achieve lateral speed up to 1.5 m/s. The most advanced type is SeaDrone Developer for $3,899 with six thrusters. In a comparison with Inspector version it is able to dive at 1.2 m/s. The authors have already sent some samples to MIT, Stanford and certain Chinese universities.
Source: techcrunch.com, seadronepro.com
On the same topic