Kontext article
A nanotechnology is already used in telecommunication and we can expect that it will be even more used in the future. Researches from Moscow Institute of Physics and Technology, ITMO University in St. Petersburg, and the Australian National University demonstrated the ability to increase the intensity of the Raman effect. This effect is already used in telecommunication in fiber optic and it is connected with emitting the photons. 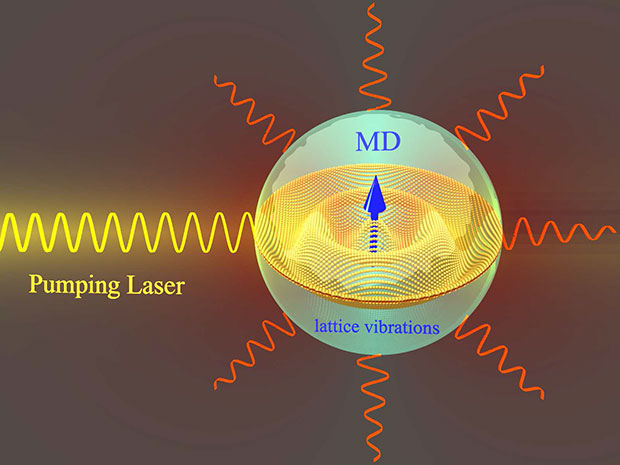 source: ITMO University
If the light interacts with some materials, the vibrating molecule the light is interacting with can increase its energy and emit the photon with lower energy with longer wavelength. The emitted light is, therefore, more red.  This property is used to boost signal when travelling for a long distance in glass fiber. Today, metallic nanoparticles are usually used but the researches were able to demonstrate this effect with silicon nanoparticles.
Silicon has very high refractive index and because of that, its magnetic dipole resonance in 300nm+ wavelengths can be observed even when the diameter of the nanoparticle is just 100 nanometers.  Because of that research, future optical devices can be much smaller and more powerful for a long-distance communication.
Source: ieee.org, electronicproducts.com
On the same topic