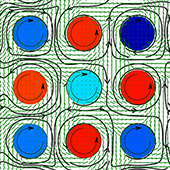 7/12/16, Milan Šurkala
The scientists from Oxford University figured out that small bacteria that usually move randomly can move in an organised way under some conditions. The organizes motion can be used to generate electrical power.
K oblíbenýmShare
advertisement
Even though chaotically swirling bacteria may seem to be useless, the team of scientists from Oxford University figured out that they can be used as a very small power source. In the future, such a bacteria may power small electronics. Everything is based on a dense active fluid. Such a fluid is filled with swimming bacteria or some proteins like myosin and actin that make muscles to contract. These fluids are usually turbulent but the flow is unpredictably changing and, therefore, very difficult to use in practice. 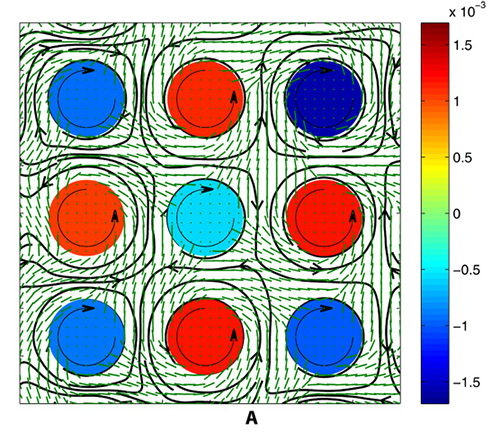 When only one cylindrical rotor (with a diameter of few hundredths of millimetre) is added into the fluid, the bacteria still move around randomly. But when there is a grid of such rotors, the bacteria tend to move organized. They move around these rotors in related directions and the rotors revolve like gears. Each rotor moves in an opposite direction to the neighboring one and a small rotating machine with a synchronized motion is created. Such a rotation of rotors can be used for generating a small amount of electrical power. Of course, each rotors can create only extremely small fraction of watt of electrical power.
For now, it was mainly simulation and it is estimated that it can power only very small tiny electronics that is very efficient. The researchers are trying to find a way how to bring these observations into the real life and create the real steady source of electrical power.
Source: sciencenews.org, phys.org, sciencemag.org
On the same topic