Autonomous transportation technology is not coming only for truck delivery, buses and taxis but the Case IH company also wants to change the farming vehicles. It has presented a new concept tractor.

Kontext article
We have already talked about many autonomous vehicles, especially about trucks, buses or taxis. Autonomous technology will probably be used also in agriculture in the near future. The Case IH company has presented a new concept vehicle, the partially autonomous tractor for much easier farming. Even though automatic steering is already implemented in some of Case IH's tractors, the new Concept Vehicle is going much further.

The vehicle's system uses radar, lidar and video cameras. Information from these sensors is used to search for the best path on a field. The interface allows an operator to monitor a location of the tractor and because the tractors are able to drive by themselves, the operator can control several tractors or other vehicles at once. If an obstacle is detected, the operator is informed and he can choose the best alternative. 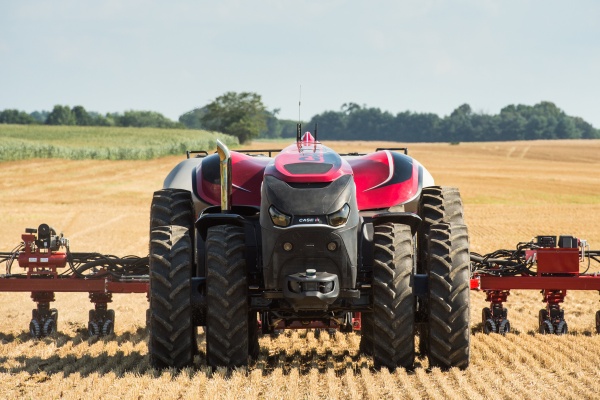 Methods of cooperation between various vehicles can be almost endless. The paths can be preprogrammed and because the vehicles are operating autonomously, they can easily work during the night and speed up the farming process.

Source: caseih.com
On the same topic