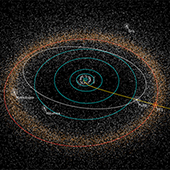 7/4/16, Milan Šurkala
New Horizons spacecraft is heading to Kuiper Belt after its successful mission around the Pluto dwarf planet. In the previous week, NASA approved the extension of its mission and the spacecraft should explore 2014 MU69 in the Kuiper Belt.
K oblíbenýmShare
advertisement
After the space mission are accomplished, NASA usually considers extensions of the missions in order to use the spacecrafts for additional useful tasks. That happens to New Horizons too. It successfully explored the Pluto dwarf planet and was heading further to Kuiper Belt since that. There was a question, if the spacecraft should continue and try to explore other objects deeper in the Kuiper Belt. The most probable object was 2014 MU69. 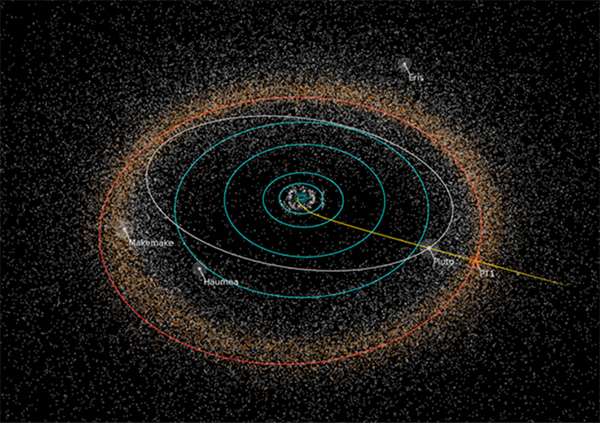 This mission (New Horizons exploring the 2014 MU69) was approved last week and we can expect that New Horizons will bring more very interesting facts and images about this space object in the future. The spacecraft should reach 2014 MU69 on January 1, 2019. This was not the only extended mission, because NASA extended more space missions through fiscal years 2017 and 2018.
In addition to the New Horizons mission, the following missions were extended too: Mars Reconnaissance Orbiter (MRO), Mars Atmosphere and Volatile EvolutioN (MAVEN), the Opportunity and Curiosity Mars rovers, the Mars Odyssey orbiter, the Lunar Reconnaissance Orbiter (LRO), and NASA’s support for the European Space Agency’s Mars Express mission.
NASA has also changed the Dawn spacecraft mission. Instead of heading to Adeona asteroid, it should remain at the dwarf planet Ceres.
Source: nasa.gov
On the same topic