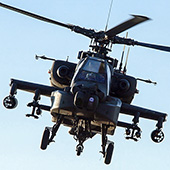 Kontext article
We have already talked about the Air Force's plan to equip jet fighters with laser weapons in the near future. These aircrafts will not be the only ones that are going to use these modern types of weapons. Special Operation Commands (SOCOM) plans to use laser weapons on some types of helicopters too. It is said that Apache helicopter should be the first one and the tests are going to begin this summer. 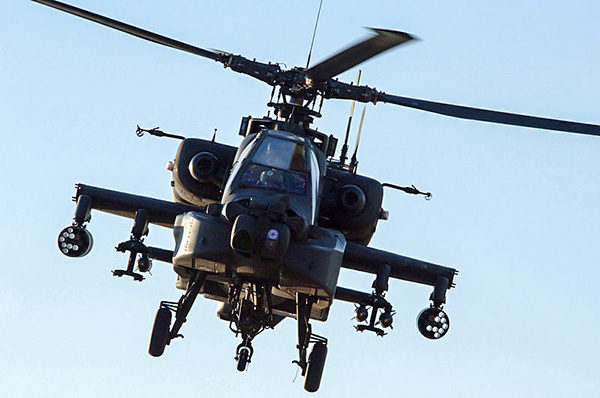 By DoD photo by Petty Officer 3rd Class Shawn Hussong, U.S. Navy. (Released) [Public domain], via Wikimedia Commons
There is a question, why to use laser weapons instead of ordinary missiles? The answer is simple. Each missile could cost hundreds of thousands of dollars whereas one laser shot can go down to $1 only. That is huge difference. Also the number of missiles is significantly limited, the Apache helicoptere can carry only 16 of them. Laser gun can fire until it has  enough of power.
On the other hand, laser beam has its own problems. Dusty air dramatically lowers its quality and power, also all the vibrations can cause slightly wrong direction of the beam. This beam should have 60-150 kW of power and the laser weapon is considered to be mounted also on MH-60 Black Hawk helicopter and AC-130J Ghostrider.
Source: popularmechanics.com, nationaldefensemagazine.org
On the same topic